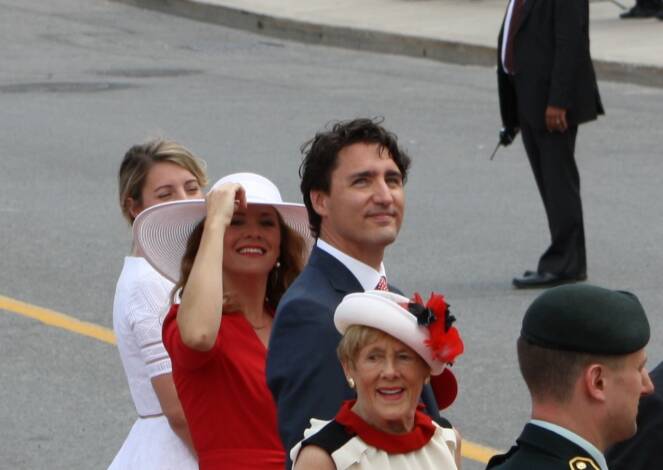 Some of the world’s most influential business people and the World Travel & Tourism Council have written a letter to Canadian Prime Minister Justin Trudeau demanding action to save Canada’s devastated travel and tourism sectors.

“The World Travel & Tourism Council (WTTC) has urgently called on the Canadian government for strong leadership and unprecedented international collaboration, to save the struggling Travel & Tourism sector and recover the millions of jobs already impacted,” said the letter, obtained by Canadian Travel News. “Over 100 of the world’s major travel and global business leaders, from major airlines, airports, hotels, tour operators and travel companies, have backed the unprecedented move.”

Among their suggestions are better contact tracing and the removal of mandatory quarantines for healthy visitors who come to Canada. Visitors and Canadians returning home from overseas are currently required to quarantine for 14 days, which critics say is hindering important travel and tourism and isn’t medically necessary.

The industry leaders signed and sent the letter, which called for urgent coordinated action, to Canada’s Trudeau and six other heads of state of the G7 group of countries, as well as Spain, South Korea and Australia, the world’s major source markets.

The letter calls on Canada’s leadership during these critical times and was also sent to Andrew Scheer MP, and international opposition leaders, highlighting the non-partisan nature of the crisis. A copy of the letter was also sent to Ursula von der Leyen, President of the European Commission.

“The Travel and Tourism sector creates millions of jobs and billions of dollars in spending and tax revenues in Canada,” said Beth Potter, President & CEO at Tourism Industry Association of Ontario and one of the letter’s signatories. “It is an integral part of our economy and will be at the heart of our economic recovery.

“We fully support WTTC with the letter sent to the Prime Minister and party leaders identifies four key measures that with a coordinated international effort and strong united leadership can ensure the survival of a vital industry and protect the livelihoods of millions of Canadians,” Potter said.

WTTC, which represents the global Travel & Tourism private sector, says political leaders of these major power need to step up now to save the global economy, and support the recovery of the hundreds of millions of jobs already impacted.

If the global leaders fail to come together, WTTC anticipates “irreversible damage” to the travel & tourism industries.  The number of jobs losses around the world will continue to increase if “crippling” travel restrictions remain, the group says.

According to WTTC’s 2020 Economic Impact Report, during 2019, Travel & Tourism was responsible for one in 10 jobs (330 million total), making a 10.3% contribution to global GDP and generating one in four of all new jobs. Moreover, it is one of the most diverse sectors, employing people from all socio-economic backgrounds regardless of age, gender or ethnicity, and includes 53% women and 30% youth employed across the sector.

Despite Travel & Tourism’s crucial importance to the local and global economies, WTTC is gravely concerned there is no clear or internationally coordinated effort to protect this uniquely exposed sector.

“As the Travel & Tourism sector buckles under mounting pressure, and the global economy struggles to survive, we have to ask – who is in charge of getting us out of this crisis and will lead the world to save the jobs and secure the futures of the many millions of people globally,” asked Gloria Guevara, WTTC President & CEO. ““We have reached a stage where critical action is urgently needed. While we recognise each country must protect their own citizens and the priority to date has been domestic matters, any measures taken in silos moving forward will only worsen the plight of millions of ordinary people.

“We need to transcend politics and put the millions of livelihoods, which have been affected by COVID-19, front and centre. From cabin crew to hotel staff, travel agents to call centre agents, waiters to housekeepers, receptionists to drivers, hotel managers to chefs, and the many more unsung heroes who depend on a thriving Travel & Tourism sector.

“The voices of ordinary people must be heard, and we are calling on them to let world leaders know, in no uncertain terms, that the time for action is now.

“This is not a binary solution or a choice between health on the one hand, and jobs, the economy and travel on the other. We can make strong progress on all these fronts if we follow the expert advice from science and learn from the past and positive experiences of others,” Guevara said.

“It is vital that the leaders of these countries come together and prioritise rescuing the world from this unprecedented crisis, by acting in an effective and coordinated way to bring back more than 120 million jobs and livelihoods affected.”

Among those backing the WTTC call were leaders of major airlines, including WestJet, Emirates, Virgin Atlantic, British Airways and Etihad.

In their letter, WTTC identified four measures which need concerted international framework and leadership to combat the coronavirus:

WTTC research has shown that even a modest resumption of travelling can have massive economic benefits and bring thousands of desperately needed jobs back; providing a critical boost for the struggling Travel & Tourism sector and generating desperately needed GDP for economies left floundering after being struck by the pandemic.

WTTC has been at the forefront of leading the private sector in the drive to rebuild global consumer confidence and encourage the return of Safe Travels.

WTTC Safe Travels Protocols were developed for businesses across the global Travel & Tourism sector which provided a comprehensive range of measures, with strict health and hygiene regimes to enable them to reopen for business.

has urgently called on the Canadian government for strong leadership and unprecedented international collaboration, to save the struggling Travel & Tourism sector and recover the millions of jobs already impacted.

Holland America Cancels Cruises Through March 31, 2021. Longer Trips Paused Thru Nov. 1, 2021
AmaWaterways Suspends Most Cruises Through November 15, 2020
A Fab Fall Deal for The Crane Resort in Barbados
A Socially-Distanced Visit to Montreal: Great Things To Do While Staying Safe