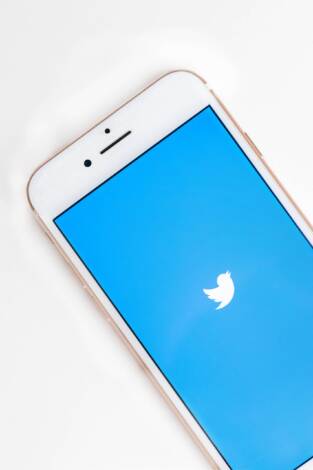 It’s not just travelling to a new country or seeing family and friends. A lot of what people seem to miss about travel are the little things; walking down an airplane gangway, the hustle of taking a cab to the airport.

I had a lengthy chat on Tuesday with the travel industry/sector leader for Twitter in Canada, Jeremy Vianna, and came away with a ton of interesting insights.

We talked about a Twitter poll taken earlier this summer and how Canadians are definitely focussed on travel safety and road trips. But we also delved into the selling of middle seats and some lesser-known aspects of travel.

Like, did you know there’s a whole network of folks on Twitter who are talking about how much they miss dressing up in new clothes for a plane ride?

This is a surprise to folks like me, who have a basic uniform of blue jeans, a striped shirt and a cotton blue sports jacket for flights almost anywhere in the world, which is boring but certainly beats pajamas or a Speedo. Vianna said he was equally taken aback.

“What I found most interesting was … the interesting communities that exist within Twitter that are talking about travel in really unexpected ways,” he said. “For example … there’s a broad community on Twitter for whom the thing they miss are their travel outfits.

“They miss the idea of planning what they’re going to wear when they go to the airport or when they get on the plane; that whole sort of ritual that goes on with travel.  There’s a whole community that’s talking about that all the time; ‘I just bought this new thing and I don’t get to wear it on the plane.’”

“I would never have thought of that intersection of travel and fashion.”

Vianna said there are a lot of players on Twitter who are heavily into inspirational messages right now.

“I saw that Etihad recently did some content around a plane taking off and people just looking out the window; sort of like, ‘If you could look out the window what would you want to see’ sort of thing.

“There’s a really interesting conversation around missing those rituals of travel, the hustle to the airport, the sensation of walking down the gangway just before you get on a plane, or even just sitting in an airport lounge with headphones on. There’s this whole conversation about ‘What would you be listening to if you were travelling now,’ which is so interesting.”

“It’s not just the rational things that people miss about travel, like seeing family or friends; it’s like these little things that happen.”

I had to interrupt at that point.

“I think I miss those chicken wraps on Air Canada” I told him.

On a more serious note, Vianna said Twitter Canada’s late June survey had some interesting angles. One of them that’s encouraging for the industry is that Canadians on Twitter said their number one spend after the lockdown ends will be travel.

Seventy one per cent of Canadians on Twitter say they’re less likely to travel internationally than they would have in the past, while 56% said they’re more likely to travel domestically this year.

It’s interesting that four times as many people want to fly internationally as fly domestically, but that could be folks wanting to maximize the payoff for having to go through the hassle of flying these days, Vianna said.

“It’s really fascinating,” Vianna told me. “We’ve been playing the results out with some of our destination marketing organizations and airline partners. We’re telling them, ‘When you’re going to market and talking with Canadians, this is fundamentally where their heads are at. They’re not thinking about prices.’ So, if you’re an airline and you’re saying, ‘Hey it’s 50% off a flight,’ that’s not the thing that’s going to get them to buy.

“What’s going to get them to buy is to talk about how you’re making sure they’re safe when they travel.”

Vianna said he sees a difference between the reality of the travel experience, “which I think is actually very high in terms of the safety,” and the perception of travel  today, “which sits in a different space.”

“Closing that gap is an essential activity that has to happen in the travel industry before people are going to be willing to travel again,” he said.

Vianna said he thinks there have been many missteps in terms of the safety issue, including closing off middle seats and then putting them up for sale again.

“Withdrawing it as a safety mechanism and saying actually we’re not going to do that anymore” created a new swirl around the safety conversation on the (Twitter) platform, he said.

“People went, ‘Well, if that was safe before why is that not necessary now. Why is that something we’re changing?’”

Why Bubble Travel Might Be the Next Best Thing
Central Florida/Orlando Tourism And Hospitality Numbers Are Rebounding
London, Ontario Tourism Program: Book A Hotel For Two Nights, Get One of Them Free
Canada Will Now Require Negative COVID-19 Tests for Visitors Arriving by Air

Canadian hotels have been facing a ruthless pandemic for nearly a year. How are they coping? What's changing? Canadian Travel News sat down with IHG Canada's Beata Cieplik for a long, insightful chat. … @IHG @MichelleDias #hotels #travel #Canada

Canadian hotels have been battling the COVID-19 pandemic for nearly a year. We chat with IHG (InterContinental Hotel...