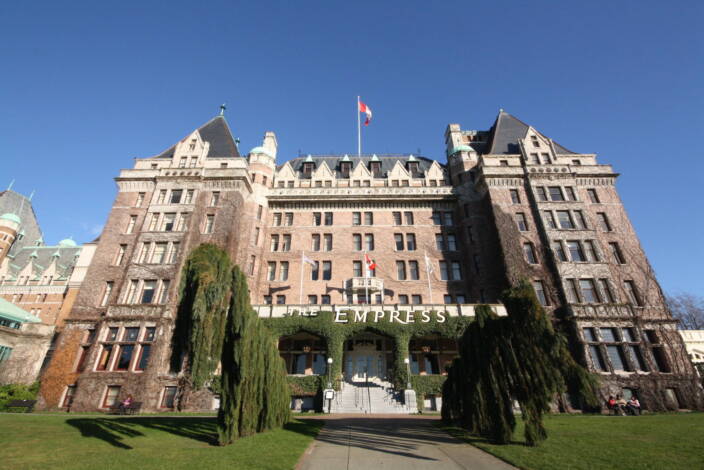 Hospitality workers today held rallies in hard-hit tourism markets – Toronto, Ottawa, and Vancouver – and called on the Trudeau government to condition any industry bailouts of the hospitality and aviation sectors on provisions to preserve workers’ jobs.

The government’s recent Throne Speech committed to providing support for the hard-hit tourism, hospitality, and aviation sectors, but there’s been little in the way of action.

UNITE HERE! Canada is urging the government to condition targeted sectoral bailouts on employers’ full participation in the Canada Emergency Wage Subsidy (CEWS) to cover their active and furloughed workers; assurances that laid-off workers have a right to return to their jobs for up to 24 months; and worker retention to secure the jobs of contracted workers in Canada’s airports.

Few hospitality employers are using CEWS to cover furloughed workers as the program was intended, the group says. Without protections, most laid-off workers will not have a right to return to their jobs once the industry recovers.

Workers demonstrated outside the Hyatt Regency Vancouver and the St. Regis Toronto, while Ottawa Marriott workers held a virtual rally.  The hotels are owned by InnVest, Canada’s largest hotel owner.  InnVest CEO Lydia Chen sits on board of Hotel Association of Canada which is lobbying for bailout relief alongside airline and airport industry associations.

Heavily indebted hotel owners like InnVest stand to benefit from industry bailouts while thousands of workers face permanent layoffs. If past economic shocks are any guide, financial supports will help hotel investors and corporate interests pay their lenders but will not help laid-off workers stay attached to their jobs.

Many of Canada’s hospitality and aviation sector workers have been laid-off since March and have not been recalled to their jobs.  Industry experts suggest recovery of travel and tourism sectors may not begin in earnest until 2022 or later.

Randy Yadao, Laid-off Laundry Houseperson, Ottawa Marriott Hotel:
“My wife and I work in the hotel industry. It’s been hard for both of us to support our daughters and our family needs. Since being laid off we’re trying to save the best we can but without a job, I don’t know if we can still support our daughters’ dreams and give them a good education. It’s not our fault what’s happening right now. We work hard. I hope the government will make sure workers are recalled and tie bailouts to the wage subsidy.”

Leonora Mulholland, Laid-off room attendant, Fairmont Royal York (Toronto):
“I’ve worked at this hotel for 21 years. I cannot lose my job. This is about job security, knowing that I’ll have something to go back to after this pandemic passes and having my medical benefits contributions restored.  I rely on many types of medication to survive and to support my special needs son, I can’t do this without some sense of security. The federal government must keep their promise to workers. We’ve given so much to this hotel, to this city, and to this entire economy. Will they leave us behind?”

Naden Abenes, Laid-off room attendant, Hyatt Regency Vancouver:
“We have invested years of hard work to make this hotel successful.  We are always there for Hyatt and InnVest when they need us.  Now that times are hard, they won’t put us on the wage subsidy program and are refusing to give us 24 months to return to our jobs.  If we had recall protections or the wage subsidy, we would have some security.  These hotel companies shouldn’t get government bailout money if they won’t help us keep our jobs.”

UNITE HERE represents over 18,000 across Canada who work in the hotel, food service, airport, and gaming sectors.