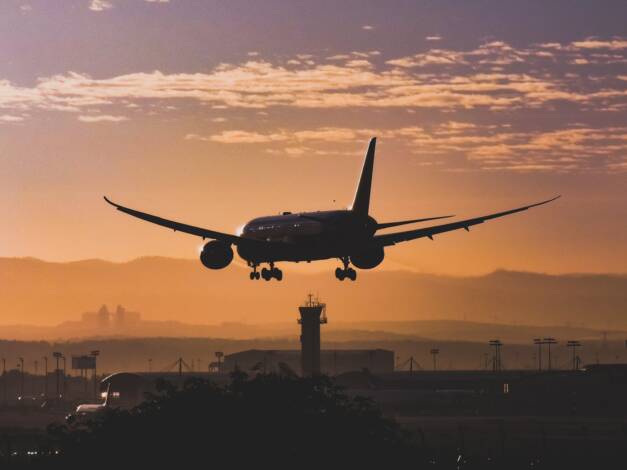 The Canadian Transportation Agency (CTA) says an inquiry officer has found that Canadian airlines did not deliberately mislead customers on delays and cancellations.

The CTA today published the Inquiry Officer’s report on nearly 600 complaints from air passengers alleging that Canadian airlines did not accurately communicate the reasons for flight delays or cancellations.

The CTA is now opening pleadings and inviting public input on key questions of interpretation identified by the Inquiry Officer.

The CTA launched this inquiry in February 2020 – shortly before the COVID-19 pandemic hit Canada – in order to efficiently deal with a surge of communications-related complaints it received from air passengers in the period immediately after the coming into force of all provisions of the Air Passenger Protection Regulations (APPR) on December 15, 2019.

The Inquiry Officer found that there were multiple communication issues leading to passenger frustration, although he found no evidence that the airlines deliberately mischaracterized the reasons for delays and cancellations.

Now that the Inquiry Officer’s report has been submitted, the CTA has opened pleadings, and invited interested persons to file position statements, on the questions of interpretation identified in the report.

These questions relate to matters such as how much detail airlines should give passengers on the reasons for flight disruptions and as the proper categorization of different situations – including the definition of “scheduled maintenance” and the impact of disruptions to earlier flights on later flights, known as “knock on effects”.

The CTA’s decisions on these questions of interpretation are expected to facilitate resolution of the 567 complaints covered by this proceeding and other complaints on similar matters, and will be important as to how the APPR are applied in the future.

On February 13, 2020, the CTA opened an inquiry into complaints from air passengers alleging that airlines were not accurately communicating the reasons for flight delays or cancellations.

Looking into these allegations through a single process is the most efficient way to deal with the issues they raise, and to ensure that the requirements of the regulations are clear for both passengers and airlines.

The CTA’s Chief Compliance Officer was appointed as the Inquiry Officer for this process. In this role, he collected and analyzed evidence on the delays and cancellations that are the subject of the complaints. Now that the report of the Inquiry Officer is available, the CTA has opened pleadings on various questions of interpretation with respect to the APPR.

Once this stage of the proceeding is complete, the CTA will set out a process for considering the merits of the 567 complaints.

The Canadian Transportation Agency is an independent, quasi-judicial tribunal and regulator that has, with respect to all matters necessary for the exercise of its jurisdiction, all the powers of a superior court. The CTA has three core mandates: helping to keep the national transportation system running efficiently and smoothly, protecting the fundamental right of persons with disabilities to accessible transportation services, and providing consumer protection for air passengers. To help advance these mandates, the CTA makes and enforces ground rules that establish the rights and responsibilities of transportation service providers and users and level the playing field among competitors, resolves disputes using a range of tools from facilitation and mediation to arbitration and adjudication, and ensures that transportation providers and users are aware of their rights and responsibilities and how the CTA can help them.