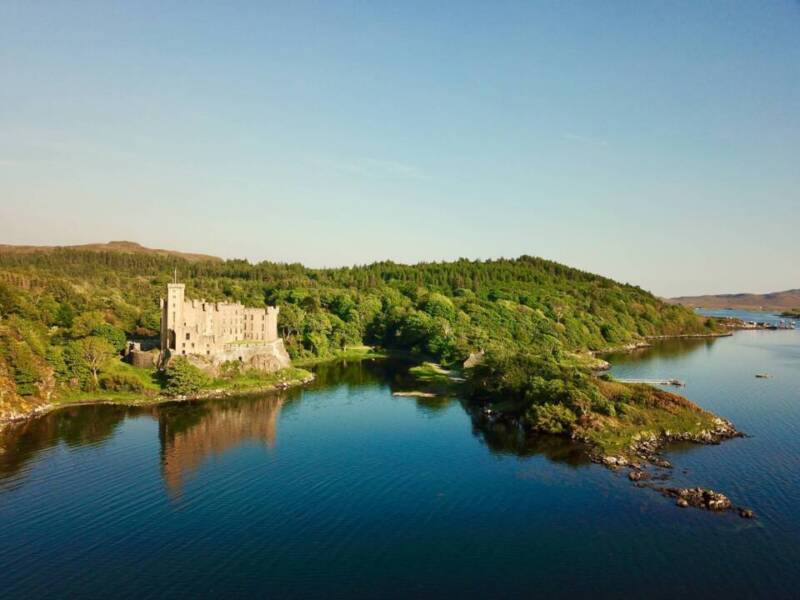 For the first time ever, Canadians across the country are being cordially and warmly invited to digitally join a hyper-local community festival, taking place on Scotland’s most iconic island.

At a time when Canadian citizens are finding it challenging to travel, the SEALL Festival of Small Halls is opening its doors on the Isle of Skye and offering three evenings of Scottish hospitality, humour, music, and dance.  The annual festival, which is usually not streamed live, is often attended by mostly Scottish locals.

Visitors have always been welcome, but with the festival being in late November when traditionally there are less Canadian visitors in Scotland, and with the remote locations of the concerts, the Festival of Small Halls has remained a beautiful hidden gem. No longer; this year will mark its first successful foray into the international sphere.

The festival, which brings big music to small halls, is dedicated to celebrating community, culture, and traditional Scottish music and conviviality.  Known for championing performing arts in rural areas, the Festival of Small Halls is guaranteed to digitally embrace any Canadian viewers.

The SEALL Festival of Small Halls will be taking place during the evenings (GMT) of the 26th, 27th, and 28th of November. Nine of the very best traditional musicians from across Scotland will converge to bring three unique, toe-tapping, and truly authentic nights of Highlands and Islands’ hospitality. The first, kicking off at 8pm GMT on the November 26th, will take place at the storied 1840s’ Brae Hall.

The second evening is bound to wow spectators with live music from the stunning Dunvegan Castle.  The only Highland fortress to be continuously occupied by the same family for over 800 years, the clan MacLeod’s ancestral home houses an important collection of family portraits and historical heirlooms.  Keep a look out for the Fairy Flag in the background of the opulent drawing room, which is said to grant the MacLeod’s fairy powers on the battlefield whenever it is unfurled.

The final evening on the 28th of November will be a rip-roarious and raucous Scottish cèilidh – which is a traditional Highland gathering and celebration.  From 10pm (GMT) onwards you can expect dancing, heart-thumping drums, soul stirring strings, a whisky or three, and a global community coming together.  This specific cèilidh is in honour of St Andrew’s Day, Scotland’s national celebration of the country’s saint.  Nine fantastic musicians and a BBC Radio Scotland host will be on hand to ensure any Canadian viewers will be enthralled, entertained, and warmly embraced.

SEALL’s Festival of Small Halls is being supported by Blas, the premier Gaelic and traditional music festival in the Scottish Highlands.  In 2020, Blas Festival will take place online, over 11 days, launching on the 20th of November. A fantastic programme is planned, including concerts, workshops, lectures, and more, all celebrating the music, songs, language, and culture of the Highlands.

Canadian attendees can buy tickets in advance and stream any of the three concerts live.  There will be a professional film crew at each venue, ensuring that everyone watching feels fully enveloped in the action.

Tickets, which are 8GBP for a single event, and 20GBP for access to all three events, are available from www.small-halls/tickets, as is the full programme.  Much of the proceeds will go back into the local arts community, helping to ensure events like this will continue in the future.

The Trudeau government today announced that the 14-day quarantine rule for all arriving visitors to Canada will be extended to January 21, 2021. https://canadiantravelnews.ca/2020/11/29/canada-extends-mandatory-quarantine-rules/ #Canada #Trudeau #quarantine #COVID19 #travel #travelnews #Ottawa