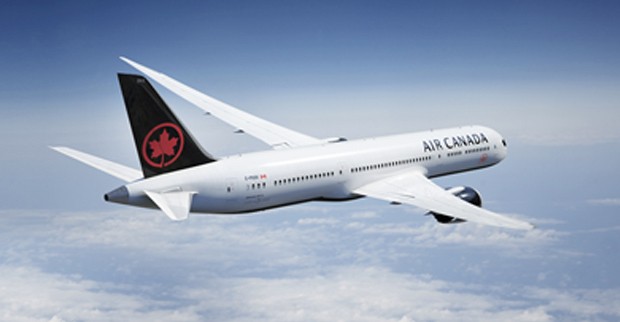 Air Canada service cuts in Atlantic Canada will have an “absolutely catastrophic” effect on Cape Breton Island, says the head of operations at the airport in Sydney, Nova Scotia.

Air Canada on Tuesday said it will suspend flights at several airports in Atlantic Canada and also one route in British Columbia. Effective January 11, 2021, Air Canada is suspending all flights at the airports in both Sydney, Nova Scotia and Saint John, New Brunswick.

In a story posted on the CBC website, Sydney airport chief Mike MacKinnon called the airline’s Tuesday news “a massive blow” to the J.A. Douglas McCurdy Sydney Airport, which was already struggling to survive during a pandemic that has brought air traffic to a near standstill.

“Our airport has been repeatedly slashed by air service cuts ever since the pandemic began and now this announcement, on top of the recent WestJet route suspensions, is effectively the final nail in the coffin for air service to/from our community for the foreseeable future,” MacKinnon said in a press release.

“We continue to experience significantly reduced traffic due to COVID-19, ongoing travel restrictions and quarantine rules, low seasonal demand and the termination of the travel bubble,” Air Canada said in a statement. “As a result, we are suspending until further notice all passenger operations to Sydney, Nova Scotia and Saint-John, New-Brunswick, beginning January 11.

“This represents a small subset of the 95 previously planned suspensions disclosed at time of our third quarter results.”

Air Canada spokesman Peter Fitzpatrick said that Vancouver-Penticton flights also are being suspended as of Jan. 11. The service is currently four-to-six times week for December and early January.

“This decision was not taken lightly, and we regret the impact on our customers and community partners, but it is increasingly difficult to continue to operate in this challenging environment, without specific financial support from government, with whom continue to wait for negotiations to start,” airline officials said. “Air Canada is still carrying less than eight per cent of its normal passenger volumes due to factors beyond our control and with no horizon for recovery.”

In addition to the above-mentioned cuts, Air Canada is temporarily suspending the following services in Atlantic Canada:

The Atlantic Canada Airports Association issued a release on its website.

“The second wave of COVID-19 infections is piling added pressure on a sector on the verge of collapse,” the ACAA stated. “Station closures are the worst-case scenario for some of our region’s smaller airports, and the result will further fracture the viability of people who need to efficiently move in and out of these communities.

“The cumulative impact of air carrier service reductions is bigger than a blow to our region; we could be looking at the end of some of our small regional airports if solutions are not found.”

“This is the third major round of cuts to air service for our region in the last six months,” said Derrick Stanford, president of the ACAA and CEO of Saint John Airport. “Service has been whittled down to an unsustainable level for our airports. Our industry cannot survive and operate in these conditions, and we are seeing the worst-case scenario playing out here today.

“This will have a huge impact on our region’s economy, on the ability of families to reconnect, on the movement of essential workers, and on airport employees and businesses.”

Stanford said in today’s Globe and Mail that the Air Canada cuts mean there will be no commercial air traffic in either Sydney or Saint John starting January 11.