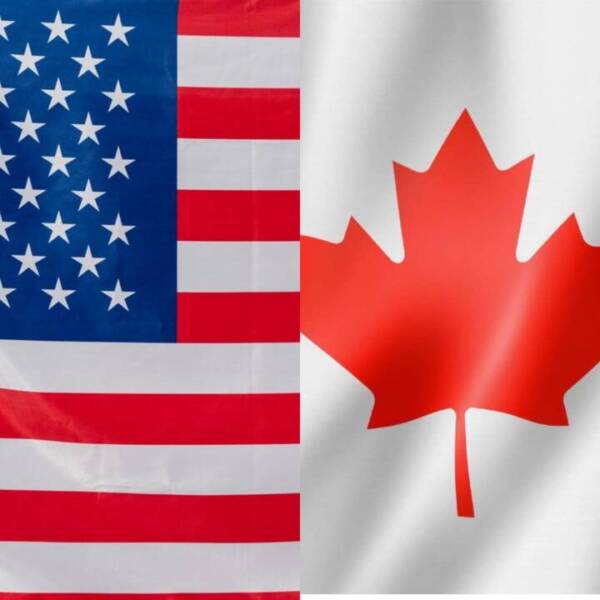 Jim Byers’ Blog: U.S. Border Closed Another Month; It Will be a Year on March 21. Crazy.

When Canada and the U.S. last spring decided to close the border to all but essential traffic, it made headlines around the planet.

This is crazy, right? The two countries closed the border until March 21, 2021. That means it will be a full year of “Stop: Border closed” signs for all but a few Canadians and Americans. A YEAR! And we don’t even blink an eye any more.

It’s a necessary move, of course. Nobody can seriously dispute that, and the polls suggest that any Canadian politician who would advocate for opening the border would be tied a chair in an Ottawa snowbank and left for the wolves.

But think about it. Our border with the U.S. will have been closed for an entire year by the time March 21 rolls around. It’s almost certain that there will be another extension at that time.

Maybe by late April we can think about beginning to talk about a plan to examine the possibility of striking a task force to consider a tentative opening date. Even then, unless there’s a major change in our COVID-19 numbers north of the border I’m not sure that’s even possible.

It’s interesting (I was going to say ‘funny,’ but it’s definitely not) how we’ve learned to adapt. Of course, the border isn’t really closed. We can still fly to the U.S.. We can still get needed supplies shipped over the border, including pale, unripened, hard-as-the-Canadian-Shield strawberries from California.

But those cross-border trips to Buffalo or Seattle or Vermont or Montana that we’ve been used to for so long are gone. Ditto for March break trips to Florida or Arizona, or golf trips to Myrtle Beach, or weekends in Sa Francisco or New York City. Likewise, Americans can’t cross into Canada for a day in Banff or Victoria, or a visit to the Shaw Festival in Niagara-on-the-Lake, not that it’s operating anyway.

Yes, people can cross over for family emergencies. And, yes, you can fly between the two countries if you don’t mind spending $1,000 or more on a three-day hotel quarantine in Canada when you get here plus another 11 days at home or, if you’re not a Canadian or a permanent resident of Canada, at your designated quarantine spot. (See our story on the new rules that take effect on Monday, Feb. 22).

Friends and family are separated. Like mine. I haven’t seen my Dad, who’s 89 and lives in California, since January of 2020. I could’ve gone in the fall when our numbers were down but I wanted to stay safe. He’s had his first vaccination and I could probably go soon, but I’m not crazy about eating hotel quarantine food for three days when I come home, and spending $1,000 or more for the privilege.

It’s just strange. These two countries linked in friendship (most of the time) have been sleeping in separate beds for 11 months. Both sides just agreed to make it a year. And we have no idea when it will be over.

Great Things to See and Do in Great Britain, Including Spectacular Parks and Nature
When Quarantine Hotels are Full, Some Go Home: A Booking Agent's Inside Story
TripCentral.ca Survey Says: Canadians Definitely Ready to Travel Again
Trudeau Government Says It's Working to Address Quarantine Hotel Complaints