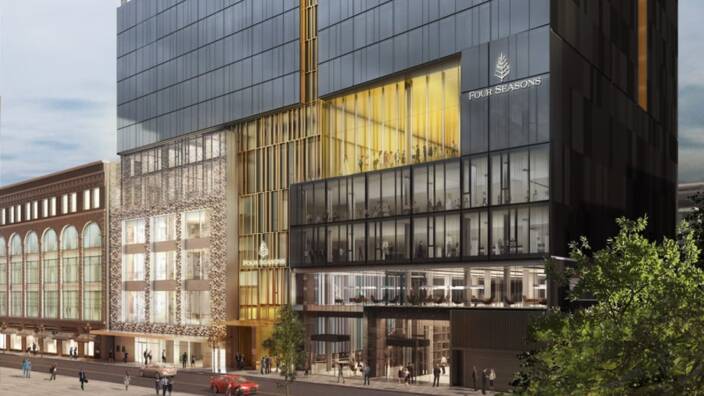 The new Forbes hotel, spa and restaurant rankings have some good news for Canada and Canadian properties.

The Forbes people today put out a “sneak peek” of their 2021 ratings. As part of the 2021 awards selection, six hotels and spas from Toronto-based Four Seasons were awarded new five-star ratings, adding to the existing 2020 award winners. A total of 46 Four Seasons hotels and resorts, 13 spas and two restaurants have received the five-star designation.

Some of my personal faves also got high ratings from Forbes. The marvellous Wickaninnish Inn in Tofino, B.C. received four stars, as did the Fairmont Hotel Vancouver,  the Fairmont Empress in Victoria, Hawksworth Restaurant in Vancouver and Canoe Restaurant in Toronto, which has remarkable views that match the quality of the cuisine.

The Hazelton Hotel in Toronto, a superb hotel I stayed at earlier in the summer, received a four-star rating, as did the hotel spa. Forbes gave the hotels’ ONE Restaurant a “recommended” rating.

As for Four Seasons, it was quite the haul.

“In a year of uncertainty and challenge for our industry, it is even more important that Four Seasons continues to maintain the service and quality excellence that our brand is known for, effectively adapting to the changing needs of our guests,” said Christian Clerc, President, Global Operations, Four Seasons Hotels and Resorts. “Whether staying with us or visiting one of our spas and restaurants, we want guests to feel comfortable and confident that their wellbeing is top of mind.

“We achieve this through industry leading technology like the Four Seasons App and Chat, through our enhanced global health and safety program, Lead With Care, and most importantly through the care and compassion of our exceptional people.”

U.S. authorities have okayed the proposed partnership between Delta and WestJet. But WestJet might have to give up some of its slots at LaGuardia Airport in New York City. http://canadiantravelnews.ca/2020/10/24/u-s… #Delta #WestJet #airlines #travel #LGA #NewYorkCity #travelnews

Ontario Premier Doug Ford says he likes the idea of the Calgary Airport rapid test program for arriving passengers and would love to have it in Ontario. But it might take a while. http://canadiantravelnews.ca/2020/10/23/ont… #rapidtesting #Ontario #DougFord #Toronto #travel #airlines #covidtesting

World-class wine, eco-lodges with plenty of space for social distancing, and majestic animals on Kangaroo Island. Most of us can't visit South Australia now but we can still dream. @southaustralia @Wagstaffmktg #Australia #SouthAustralia #wine #travel

South Australia has amazing options for travellers of all types; fabulous wineries, eco-lodges with plenty of space for social distancing, and fantast...