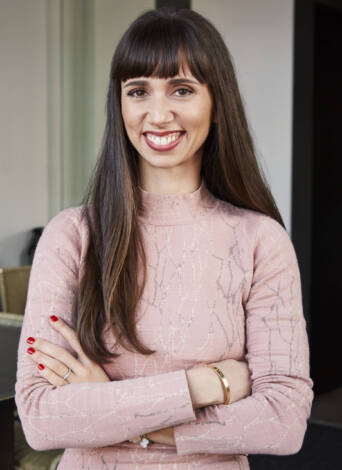 The Hotel Le Germain in Montreal recently had a contest. If folks signed up to follow the hotel’s Instagram account, they were eligible to win a night’s stay in a room with a great view, a four-course dinner brought to their room and a bottle of wine.

They were hoping for a few hundred people to sign up, but they ended up with more than 3,000.

If you’re Marie Pier Germain, Vice President of Marketing at Germain Hotels, that’s a positive sign. And if you’re in the hotel business during this pandemic we’re living in, you’ll take any positive sign you can find.

Numbers at Germain Hotels were bad in early September when I chatted with Marie Pier at the Montreal property. But she said things have actually gotten worse.

Their magnificent property in Charlevoix, Quebec was doing well in August and September, but the October numbers are maybe half of what they were hoping for.

“Charlevoix was sort of keeping us alive,” she said. “It was feeding the other hotels, but now everyone is below 20% (occupancy) except Calgary. For some reason Calgary isn’t doing bad. We have a lot of people travelling by car and coming to spend the weekend.”

“If you take it to a personal level, really it’s how long can you live on your credit. But it’s hard. We’re seeing popular businesses in Montreal closing down,” including the popular Grumman ’78 (a taco truck and restaurant).

“It’s piling this big snowbank and pushing it forward and hoping we can be there when it starts again, because I know it will start again,” she said. “It’s a matter of making sure we can last so we’re there” when that happens.

Marie Pier said all Germain properties (they have 18 hotels in Canada) reopened September 1. They’re not getting a lot of business, but fixed costs already have to be paid so they’re helping their employees by using wage subsidies to provide needed employment.

In addition to offering night stays, the Germain hotel chain is giving Canadians the chance to work at the hotel for a day if they need a break from barking dogs and busy kids at home.

Asked what governments are doing to help, Marie Pier said the city of Montreal is in a difficult position because it’s not allowed to go into debt.

The federal wage subsidy helps, but hotels in Canada are coming into what’s usually a slow period at the best of times and she’s worried some hotels won’t make it.

“I hear people say, ‘Oh, just turn hotels into condos.’ But what do you when travel comes back and we can’t welcome people to conventions? How can you attract people to your city if you don’t have a place for them to sleep?”

Not only is it very difficult to survive the present, it’s impossible for hotels to plan for the future when they don’t know what’s around the corner. Groupe Germain was in the process of adding an ALT hotel in Calgary’s university district and an ALT at the Ottawa Airport when the virus hit in March.

“For Calgary, we have 18 slabs of concrete already there. We believe in the location, we believe in the potential, but we have to save our cash so we can make it through. The Ottawa airport property hasn’t been started yet but it’s ready to go.”

“I don’t know,” she said. “Maybe they (the government) should close the hotels. If they closed us, they’d have to help financially.

“At this point they say, ‘no.’ But they’re doing everything else to make sure we get no business whatsoever. Come on guys. You’re helping the restaurant business, you’re helping small business. But us? It’s like, ‘No, no, you’ll be fine.’ But we won’t be fine.”

Like most of us, she’s doing her best to stay positive. And she’s noticed more bookings at their downtown Montreal property the past few days.

“Maybe it’s the optimist in me, but I feel that … some people are really fed up with it and they’ll be the first to do a staycation. I mean, you can’t go to a restaurant, you can’t see your friends. The whole excitement you get from an evening out, at some point it breaks you. I think we’ll start to see a little bit of movement like we’ve had in the last couple days.”

Trying to get people to stay the night downtown is a good thing, Marie Pier said.

“You’re promoting a stay in your own city; you’re not promoting travel. You can’t have dinner in a restaurant, but you can have dinner in your hotel room. There’s nothing more safe than that. We deliver right to your doorstep.

“You can be with your significant other and have some emotion. And that’s something we need.”