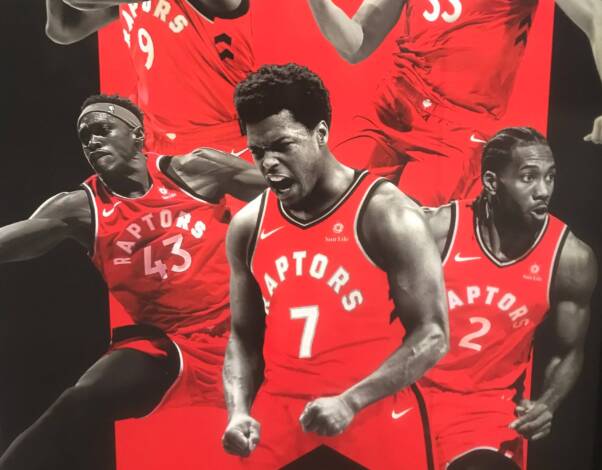 The Raptors Can Play in the U.S. Next Year and STILL play in Toronto: Here’s How

There’s been talk that the National Basketball Season might open in December, which could leave the Toronto Raptors in a bad position if the U.S. border is closed.

The Canadian government refused to let the Toronto Blue Jays play at home this summer and fall. With the coronavirus still raging in the U.S. and here in Ontario, it’s unclear if the feds would lift the border gates so the Raptors could play the next NBA season at their usual home in downtown Toronto.

That, in turn, has led to interest from several U.S. cities who’d love to host the 2019 NBA champion Raptors next season. The strongest wooers have been from Kansas City, including the high-profile quarterback of the National Football League Kansas City Chiefs, Patrick Mahomes. Seattle also has been as a suitor.

But here’s the thing. The Raptors can play in the United States and still play all their home games in Toronto? No, they’re not hiring David Copperfield. All they have to do is move to one of the half-dozen cities in the U.S. that carry the name Toronto.

Okay, they’re a little small. Toronto, Indiana, in fact, is listed on the Internet as an “extinct town.” But there are a few options that would allow the Raptors to still proudly wear the word “Toronto” on their uniform should they so choose.

This is a great option because Iowa is the home of Raptors’ coach Nick Nurse. He’s from Carroll, Iowa, which is about 340 km’s west of Toronto, Iowa. According to the latest census, there are 124 souls in the city, which was founded by a gentleman from Toronto, Ontario.

This is a bit far from Ontario, but the population is listed as 212, which is a metropolis compared to the Toronto in Iowa. It’s almost the same latitude as our Toronto, which means the Raptors could keep their We The North slogan. Again, the name came from a settler who hails from T.O.

This town is listed as extinct on the Internet. But think about the possibilities. Maple Leaf Sports and Entertainment could build an entire town, kinda like they did in the movie Blazing Saddles. Time to pony up, Larry Tanenbaum.

This really IS a booming little town, with a population of more than FIVE THOUSAND. There’s even a junior/senior high school in town, and they’re called the Red Knights. Chances are the Raptors wouldn’t have to paint the walls of the gym.

Not only is Illinois the home of Raptors’ guard Fred Van Vleet, but the village of Toronto was absorbed into the capital city of Springfield years ago. And there’s a University of Illinois at Springfield, so hoops and locker rooms shouldn’t be a problem.

This is a tough one to find information on. About all I can glisten from the Internet is that it’s an unincorporated spot in central Missouri. On the plus side, it’s only a few km’s from Montreal, Missouri, so the Raptors can always find a good bagel and a smoked meat sandwich for their post-game meal.

Yowza: 40 Per Cent of Americans Would Give Up Sex for a Year if They Could Travel Again
International Women's Day: A Look at Some Pioneering Canadian Women
Canadian Airline Buyout Could Reach $9 Billion, CBC Report Says
Opening Canadian Border "Extraordinarily Important," says U.S. Travel President