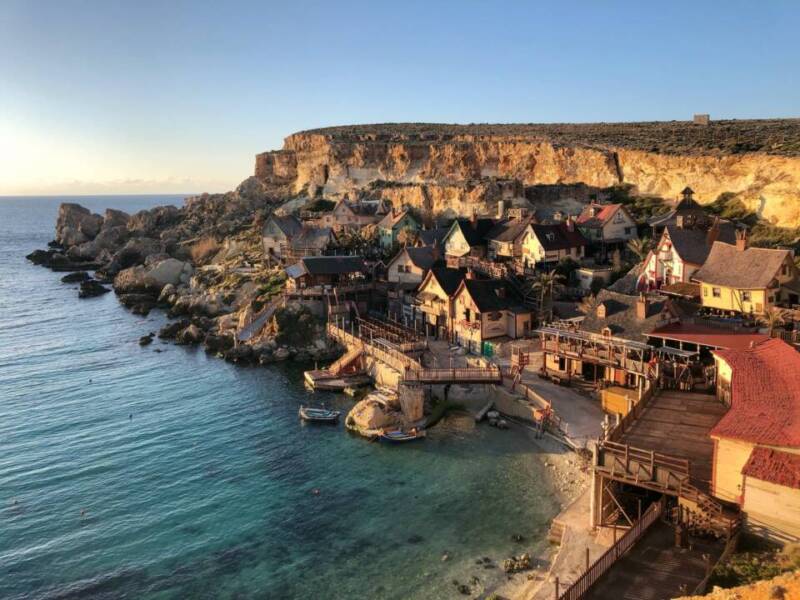 Malta: A Fabulous Destination For Fans Of British Royalty and “The Crown”

Malta has attracted celebrities from around the world but did you know that one of Malta’s most regal guests has been Queen of England?

This Netflix series based on the award-winning play, “The Audience”, is a lavish, drama-filled depiction of the life of Queen Elizabeth II. The opening of The Crown shows Queen Elizabeth and Prince Phillip in Malta, the Queen is being driven in a speedboat while taking photographs of the prince rowing in the stunning blue waters of Malta (Season 1, Ep. 1). In another episode, Prince Philip expresses his desire to move back to Malta and go back to happier times.

Queen Elizabeth II often vacationed in Malta and spent what she called, the happiest years of her life, living in Villa Guardamangia. The villa served as the residence of then-Princess Elizabeth and Prince Phillip while he was stationed in Malta as a naval officer. She celebrated her 24th and 25th birthdays there, as well as her and Prince Phillip’s 60th anniversary. She described Malta as the only place that she could live normally, without the intense media attention she experienced in England.

Villa Guardamangia went up for sale in 2019 and received appeals from various heritage sites, which prompted the Government of Malta to quickly purchase the property for approximately $5.3 Million USD. Malta’s state Heritage Agency and Buckingham Palace are working together to “reconstruct” the villa before it is opened to the public.

The sunny islands of Malta, in the middle of the Mediterranean Sea, are home to a most remarkable concentration of intact built heritage, including the highest density of UNESCO World Heritage Sites in any nation-state anywhere.  Valletta built by the proud Knights of St. John is one of the UNESCO sights and the European Capital of Culture for 2018. Malta’s patrimony in stone ranges from the oldest free-standing stone architecture in the world, to one of the British Empire’s most formidable defensive systems, and includes a rich mix of domestic, religious, and military architecture from the ancient, medieval, and early modern periods. With superbly sunny weather, attractive beaches, a thriving nightlife, and 7,000 years of intriguing history, there is a great deal to see and do. For more information on Malta, visit www.visitmalta.com.

Editor’s Note: I had a chance to visit Malta for part of a day maybe eight years ago and thought it was terrific. It’s a real crossroads, with influences from Italy, Africa, Britain, Spain and more. Historic neighbourhoods, a beautiful coastline and bright sunny skies with moderate temperatures don’t hurt, either.

Yeah, Yeah, Yeah: Strawberry Field Attraction Re-Opens in Liverpool
Who's Got Spare Cash? The Schitt's Creek Motel in Ontario is Up For Sale
Happy 80th Birthday, John Lennon: Follow in His Liverpool Footsteps
The Bahamas: Ready For a Bounce Back in 2021