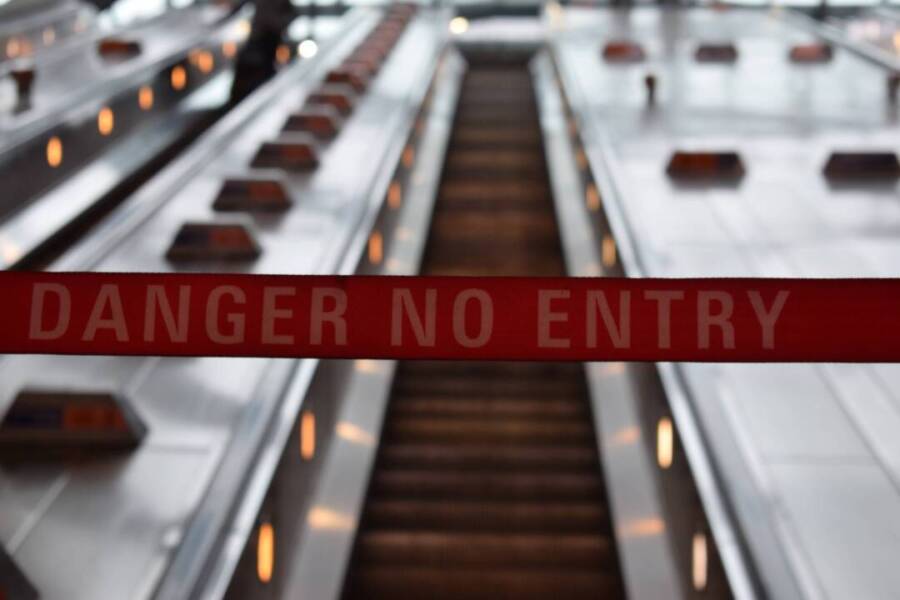 Canada doesn’t need an international travel ban. It has one already.

News today that Air Transat, one of Canada’s major carriers to Europe and the south, is suspending all flights out of Toronto Pearson Airport from January 28 to April 30 means that the Trudeau government has brought in a de facto travel ban without having to bother enacting the legislation.

Many folks were right over the last couple days when they (myself included) said that talk of an international ban and warnings about getting stranded in a foreign country and talk of a mandatory, 14-day hotel quarantine for all arriving passengers was all Ottawa really needed to scare the bejeezus out of would-be fliers.

As someone who covered politics in Canada for 20 years, I’ve got to hand it to them for a nice political sleight of hand. They got what they wanted; action that didn’t cost them a nickel but made them look like ornery, tough hombres in a cheap western. If it wasn’t so short-sighted and desperate, I might applaud them. But it IS short-sighted. And wrong-headed.

Who says so? Prime Minister Justin Trudeau, that’s who. Yes, the same guy who effectively created this travel lapse or travel pause said himself on Tuesday that travel isn’t even close to being the major culprit when it comes to the spread of the coronavirus in Canada.

Speaking to the media on Tuesday in Ottawa, Trudeau said the importation of cases via travel is at a “very small level.”

But he said even one case is too many and that tougher measures have to be taken on travel because of the emergence of new variants of the virus.

There ARE new variants, and they’re a problem. But study after study after study has shown that travel accounts for a “very small” (Trudeau’s words) amount of the total cases in Canada. Yet, there was Trudeau railing against travel again yesterday. And there was Ontario Premier Doug Ford out at Toronto Pearson, pointing figurative fingers in the sky and shouting “Evil doers, evil doers.”

A lot of folks aren’t buying it, and they’re not people who work in the travel media. Toronto Star columnist Bruce Arthur in today’s paper said Ford’s sky is falling act “smacked of deflection, misdirection and perhaps even of a classic conservative border panic applied to the pandemic.”

Arthur said travel can be traced to just 1.4 per cent of identifiable infections in Canada since the start of the pandemic, and just 0.8 per cent in Ontario.

“The 2.26 positive rate among incoming travellers in a recent pilot project at Pearson Airport is slightly more than the 1.3 per cent Ontario found in last year’s asymptomatic school testing. Schools are said to be safe,” he said.

“One case from abroad is too many, insists the government, whose strategy was to let the hospitals fill while people went Christmas shopping; we must have mandatory testing at airports, says the government that doesn’t have it in schools or workplaces whose definition of essential is elastic, and which still declines to offer a more effective paid sick leave than the insufficient federal version, despite sitting on an estimated $6.4 billion in unspent federal funds,” he wrote.

Arthur noted that the so-called British variant of the virus is terrifying, indeed. But “border tests won’t stop that,” he said.

Evans makes a great deal of sense. No politician in Canada ever gained votes by sticking up for airlines that sometimes lose people’s luggage or refuse to give refunds that they don’t appear to be legally required to do. But when it serves their purpose to make the tourism/aviation industry their whipping boy, they trot out the tough talk and grease up their cat o’nine tails.

In a story at CBC.ca, Dr. Mylène Drouin, the director of public health for the Montreal region, recently said “we have [current] cases that are imported from travellers, but it is not an important proportion of new cases.”

“An international panel of researchers led by Dr. Karen Grépin, a Canadian-born public health professor at the University of Hong Kong, conducted a detailed review of the various travel restrictions employed around the world last year,” the CBC story said. “The panel found that implementing travel restrictions early in an epidemic did reduce transmission, but the researchers also concluded that “the effectiveness of these measures was short-lived,” adding the caveat that the overall body of evidence remains thin.”

So, why are our political leaders so intent on punishing the airlines? Because, like a late night comic at a dingy nightclub poking fun at an overweight guy in the front row, it’s an easy decision. Fixing our long-term care facilities or providing paid sick leave for needy workers, both of which would help people enormously, takes money. But pointing a finger at the airlines and saying that arriving visitors have to quarantine at a hotel for 14 days at their own expense costs nothing.

Rather than address the real issues, both Trudeau and Ford prefer to point fingers and engage in travel shaming, as if everyone who flies is a politician headed to the beach. They never consider that some folks who fly these days are heading to visit sick or maybe dying relatives, or maybe they have urgent business to attend to.

It’s time to stop blaming travel for the virus.

Travel brought it here a year ago, but it’s crowding sick and healthy patients into the same rooms at understaffed and underfunded long-term care facilities and hospitals and letting people line up for cheap underwear and boxes of Cheerios at big box stores that’s a much bigger problem.

Here are a couple of ideas. Let’s try mandatory testing and sick leave for workers who pile into crowded warehouses and keep reporting for work even when they feel sick because they’re afraid of losing their jobs. Let’s require anyone who shops at Walmart or Costco during a pandemic to quarantine at home for 14 days. Let’s actually put an “iron ring” around our most vulnerable in both LTCHs and give our already overworked healthcare workers the support they need.

I bet THAT would bring our numbers down.